Home
People
Remembering All Who Perished On 9/11

It has been 20 years since the September 11 attacks. We all remember as we watched in horror the scenes unfold which resulted in the deaths of 2,977 people. To this date, 9/11 was known as the single deadliest terror attack in human history.

9/11 attacks also resulted in the highest line of duty deaths on a single day for first responders in US history.

The tragedy also resulted in more than 25,000 injuries, as well as substantial long-term health consequences for some of those who were present at Ground Zero at the time of the incident.

We at Epic Universe pay tribute to those who lost their lives on September 11, 2001, by listing their names and making sure we remember them forever.

According to reports, 221 firefighters have since died from various illnesses related to the attack, and an additional 241 members of the NYPD died of 9/11-related illnesses.

We would like to extend our deepest gratitude to every emergency worker who put their lives on the line on that day, and we hope that every person who lost their lives in the attacks rests in eternal peace.

We will never forget your sacrifice on that day.

Casualties Of The September 11 Attacks: 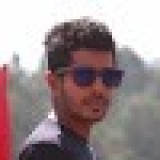